Meet Our Wonderful  Team of Horses

We have a group of wonderful competition horses being brought along by Jaclyn with the goal of being her next International Superstar and beyond. Contact us today if you are interested in joining the team! 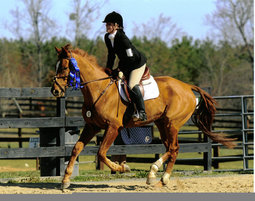 "MURPHY" was Jaclyn's first CCI level horse. Jaclyn got him in 2006 as a young five year old off the track. He quickly moved through the levels and exposed Jaclyn to the international demands of the sport. He was a once in a lifetime partner and teacher. Today Murphy is owned by one of Jaclyn's students and spending his teenage years at the lower levels of eventing. 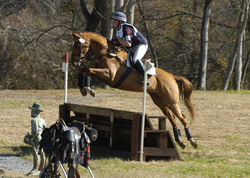 GRC photography
Kali was purchased from a student as a young, green, thoroughbred and successfully competed through training level with Jaclyn. She was sold in 2012 to a young rider to compete. 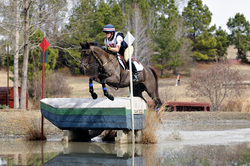 Photo credit: Hoofclix Photography
Bijou was a power house of a pony and 14.2 hands of awesome. Owned by Cindy Burke in Iowa, Bijou came to Jaclyn to continue to compete and eventually sell. Jaclyn rode Bijou through the preliminary level and was sold to a young rider in 2011.

Catch Me If You Can 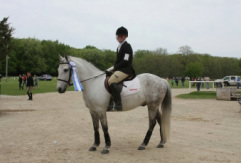 "Shadow" is a old German Sport Pony owned by Erin Melloy. Erin was Jaclyn's first owners, and gave me the opportunity at a young age to train and ride for her. Shadow was a super star pony and moved up to novice racking up quite the impresive show record. He won at Fox River Valley Pony Club mini in the ON and was 2nd in the ON at Hunter Oaks in July 2010. 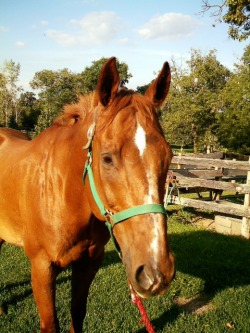 The horse who had a heart of gold brought me up to the preliminary and one star levels. He was a 14 yr old 16 hand gelding and fulfilled every wish I asked of him. He gave me strength, confidence, and the opportunity to push myself. Never saying no, this horse schooled anything we put him at. I only had one cross country penalty on him when I was sick and had a 102 fever, obvisouly knowing I should not have been riding. He was a great horse. He would let my Dad ride him and then let me get on him and jump him over intermedaite size fences. Without having Griffin in my life, I know I would not be where I am today. He was not an easy ride, but one that showed me what hard work and dedication truly mean.


Thank you Griffin for everything you taught me, I thank you every day.